Thank you for your interest in Prestonwood Christian Academy’s International Student program.

Prestonwood Christian Academy looks for students who are:

The International Student Program of Prestonwood Christian Academy provides many services to create a successful experience for students including:

Pre-Kindergarten through 12th grade. However, our international home stay program is only available for students 7th-12th grade. Any student wishing to attend in grades 1-6 must live with their parents in the US.

We do not accept students as a senior (12th); the highest acceptance level is a junior (11th).

PCA does offer Home Stay, but does not offer boarding. A priority of our program is a safe and nurturing home for all our international students. All Host Families undergo a rigorous interview process which includes a background check. PCA is committed to providing a caring home environment to help foster cultural adaptation, social and emotional support and accelerated English acquisition.

Yes. The following tests are accepted but can be waived at the discretion of the International Student Program Director.

PCA offers the TOEFL practice exam for all current international students in grades 8-11 twice a year.

Enrollment (does not include PCA Lower School):

No. We have an English immersion program and provide a special academic support class that is required for all first-year international students. This class provides content-based support as well as paper editing, study skills, and school culture education. Students may graduate from this class depending upon grades, practice TOEFL scores and teacher recommendations.

Yes. A mandatory lunch program is provided daily to all students. This is fee in addition to tuition.

Yes! International students are eligible to play all competitive school sports. Varsity sports do have some restrictions.

Click document above to see entire profile and/or to print.

Click on image above to view and/or print handbook.

He arrived at Prestonwood Christian Academy as an eighth-grader 7,000 miles from home. And over his 10 months at PCA, David Zhao made close friends, touched lives, and saw his life change forever.

On his final day at PCA before returning to his family in China, David waded into the shallow pool in front of Prestonwood Baptist Church. With Bryant Forshee, Minister to Junior High Students, guiding him, David crossed his arms, leaned back with a splash, and emerged from the water wearing a huge grin.

His baptism was the culmination of his time at PCA and Prestonwood, and a dream he had held close to his heart almost from the moment he arrived in America.

As he rose from the pool, wearing a “Redeemed” T-shirt, his classmates and teachers broke into cheers, smiling and chanting, “David! David! David!”

“We connected,” he said.

“It was small talk at first, but then I saw him at another football game and we talked about faith and I shared the Three Circles (evangelism teaching) with him, and he typed what I was saying into his little electronic translator,” Bryant said.

But when Bryant asked whether he wanted to give his life to Christ, “he said, ‘I’m not ready yet.’”

David spent the school year living with Dr. Donovan Kelly, Bible Department Head at PCA, but David didn’t discuss being baptized until about a week before he waded into the pool.

“When he mentioned it, I explained to him what (baptism) was, why we as Christ-followers do it, and the symbolic significance that it has,” Dr. Kelly said.

“Once he came to a relationship with Christ, he was pretty set on getting baptized.”

And as it turns out, David had been thinking about it for quite a while.

“I considered this for almost a year, since I got here,” David said. “The impact (of Christianity) here isn’t just a little bit. It’s a lot!”

Dr. Larry Taylor, Head of School, said the combination of the church and the school can have a powerful impact on young people uncertain about their faith.

That’s especially true of the school’s international students, who often arrive in the United States with little religious background.

But when they become a part of a Christian family, and hear God’s Word every day in school and church, things begin to change.

With more international students expected to arrive each year, the challenge is finding them homes.

“However, we are in great need of building a pool of potential host homes for the coming years,” he said. “This will allow us to best match homes with students in the future.”

David gathers with other international students and PCA staff members.

The cost of sending an international student to a private high school in the United States is considerable—$50,000 or more in some cases. Still, many families in other countries are willing to pay it.

The costs at PCA approach $40,000 a year, not including plane tickets and other incidental expenses, Dr. Taylor said.

The number of international students is growing as is the interest in PCA.

“We could have had 40 students just this year, but we’re doing this in a limited way so we can do a good job with the students,” Dr. Taylor said. “We’ll probably add five to six to seven new international students each year.”

For international students, academics are key. But for PCA, there’s something more.

Teaching these young men and women in a Christ-centered setting is an incredible opportunity, Dr. Taylor said.

“These students are receiving a Kingdom Education, and when they go back home, they’ll share what they’ve learned.

“So for us, there’s a big mission component to this.”

Members of Prestonwood Baptist Church interested in hosting international students in the future can contact Phil Armstrong at parmstrong@prestonwoodchristian.org.

Prestonwood Christian Academy may require additional application information and may have specific testing needs for students applying directly to our school. Please contact our Director of International Student Programs, Mr. Phil Armstrong, before completing our application.

Other prospective international students are encouraged to contact Mr. Phil Armstrong for assistance. 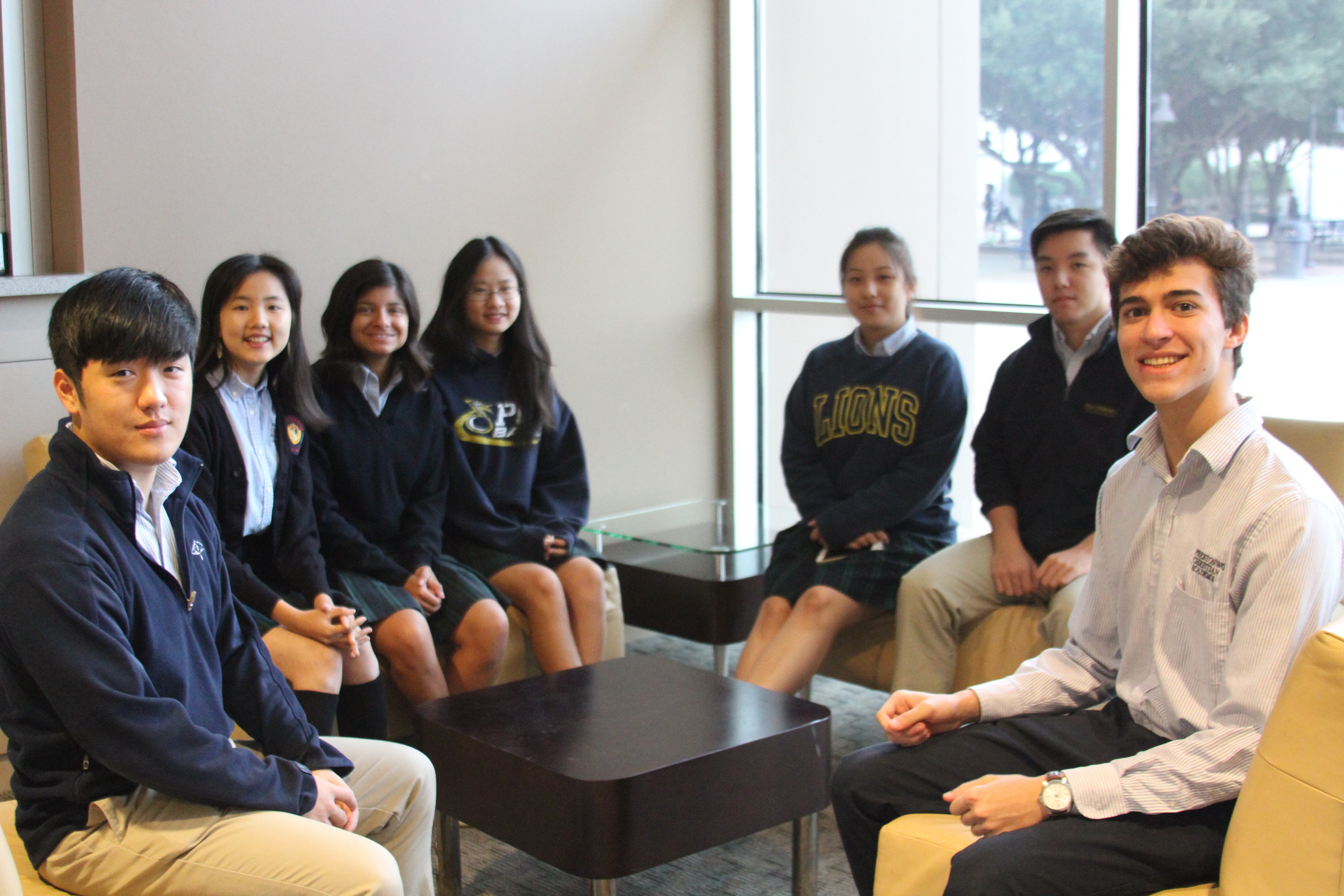 Click image to read and/or print how PCA is set apart!