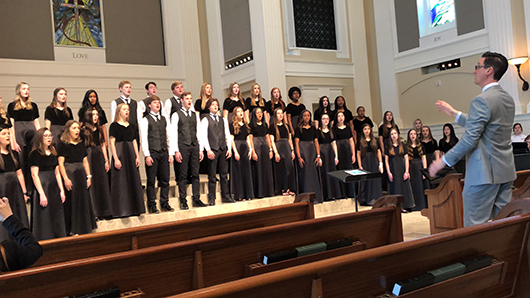 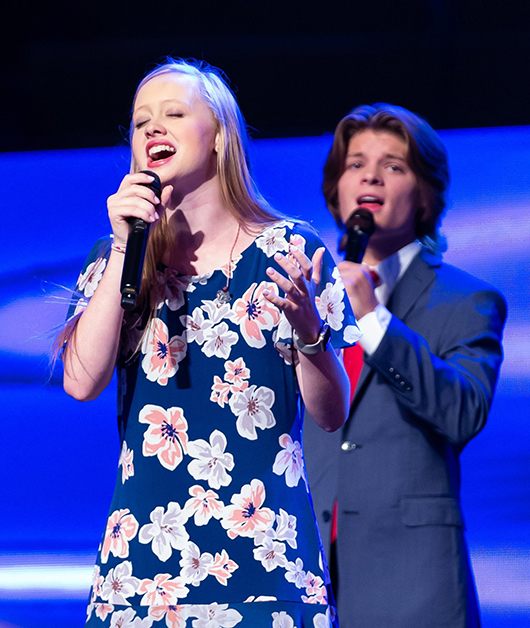 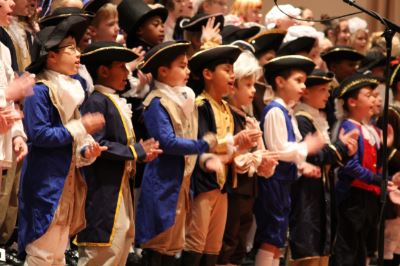 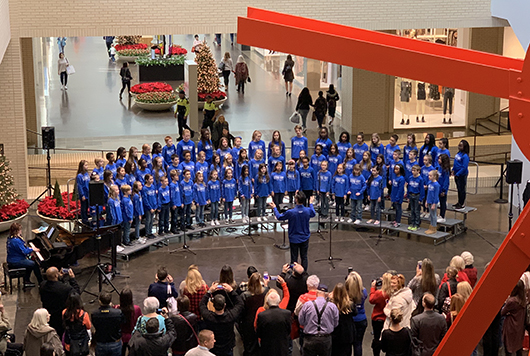 The PCA Honor Choir performing at Northpark Mall in Dallas. 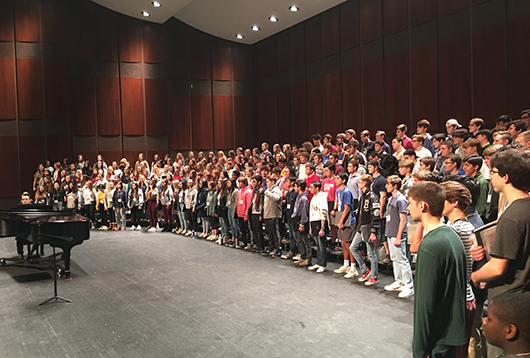 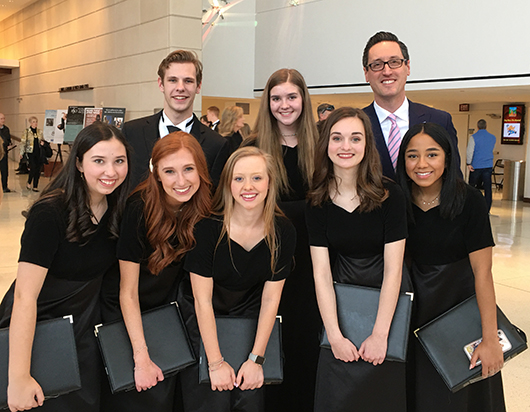 I believe now more than ever is the time to train fine arts students with a biblical perspective. PCA supports a child’s educational AND spiritual growth in their area of interest, and I love getting to be a part of that in the Fine Arts program.

The mission of ’s vocal music program is to expose every child to multiple aspects of music, to enrich the PCA Community with a healthy and vibrant artistic culture, and to glorify God as we strive for excellence in the development of the musical gifts He has given. 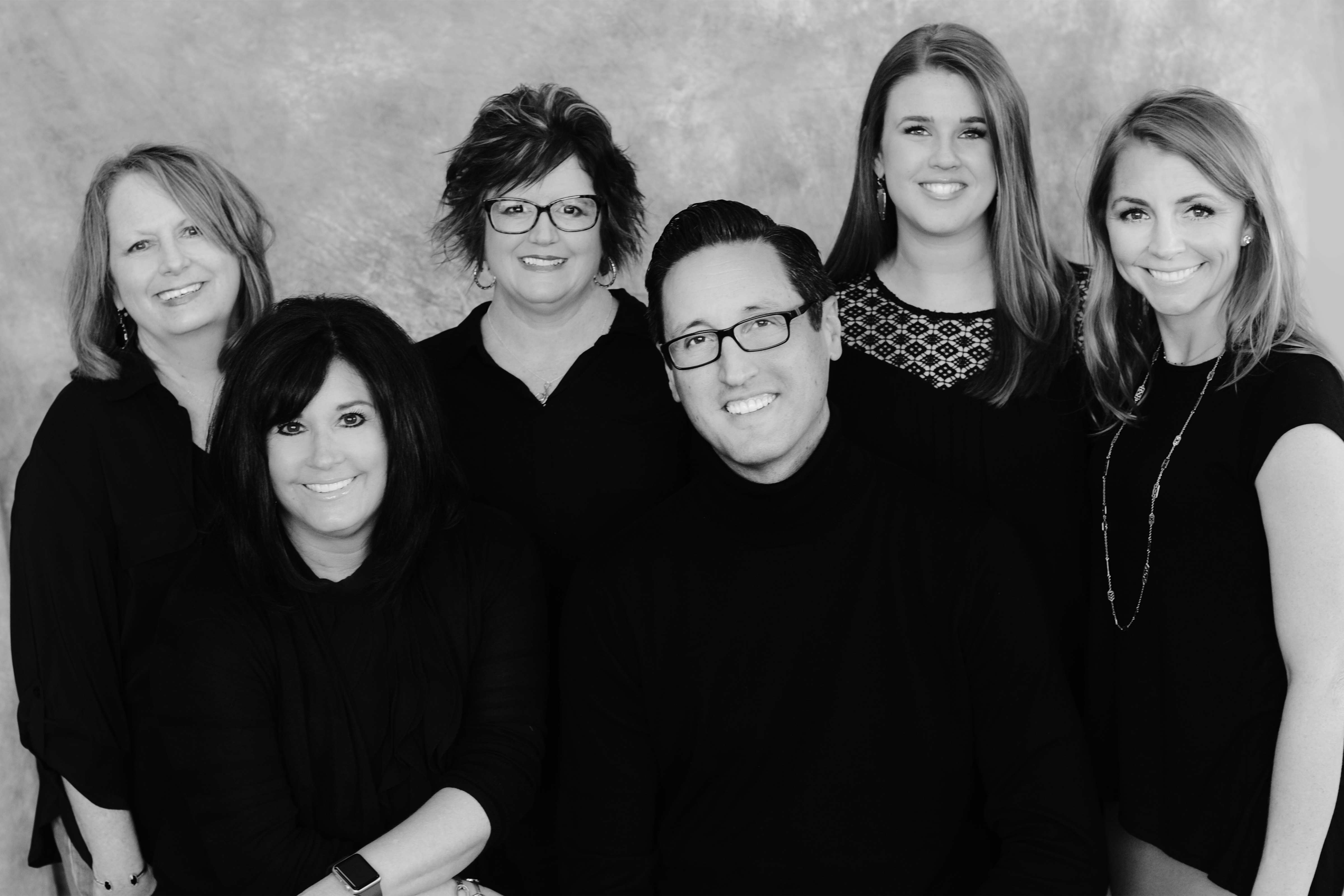 As children enter the vocal music program in the Lower School, the goal is for them to have fun and enjoy their time in music class. Students are exposed to foundational concepts such as rhythm, beat, solfege, and simple choral techniques. Students perform at events like the annual First Grade production of “The Easter Miracle,” the Second Grade production of “Let George Do It,” and the Third Grade Christmas Chapel.

Beginning in Seventh Grade, students are given the option to participate in Choir as a year-long course. Vocal music in Middle School becomes more advanced focusing on sight-reading, rhythmic dictation, Western Music History, three-part repertoire, and choral technique. Students are given many opportunities to grow as choral members by participating in various performances throughout the year including Christmas and Spring concerts as well as TPSMEA, Solo and Ensemble and the ACSI Choral festival.

In Upper School, the focus is primarily on performance skills with repertoire becoming more advanced. Students are given many opportunities to perform and sharpen their skills. Students sing in Chapel Band, lead in All-School Worship services, participate in musicals, audition for All-State Choir, and sing solos in class and at special events throughout the school. The Upper School Choir performs at annual Christmas and spring concerts as well as at local festival and community concerts. Students continue to learn more advanced theory concepts as well as vocal and choral techniques. Students may also take Choir for Honors credit, giving them the chance to earn a higher GPA. Honors students are required to audition for All-State, sing solos in class, complete more complicated theory work, and complete written critiques of choral performances.

PCA's Honor Choir is an auditioned vocal ensemble with a proud tradition of vocal excellence and award-winning festival performances. Auditions take place in September of each year and are open to students in Fourth, Fifth and Sixth Grade. The Honor Choir represents PCA at many school events as well as festival and community appearances. 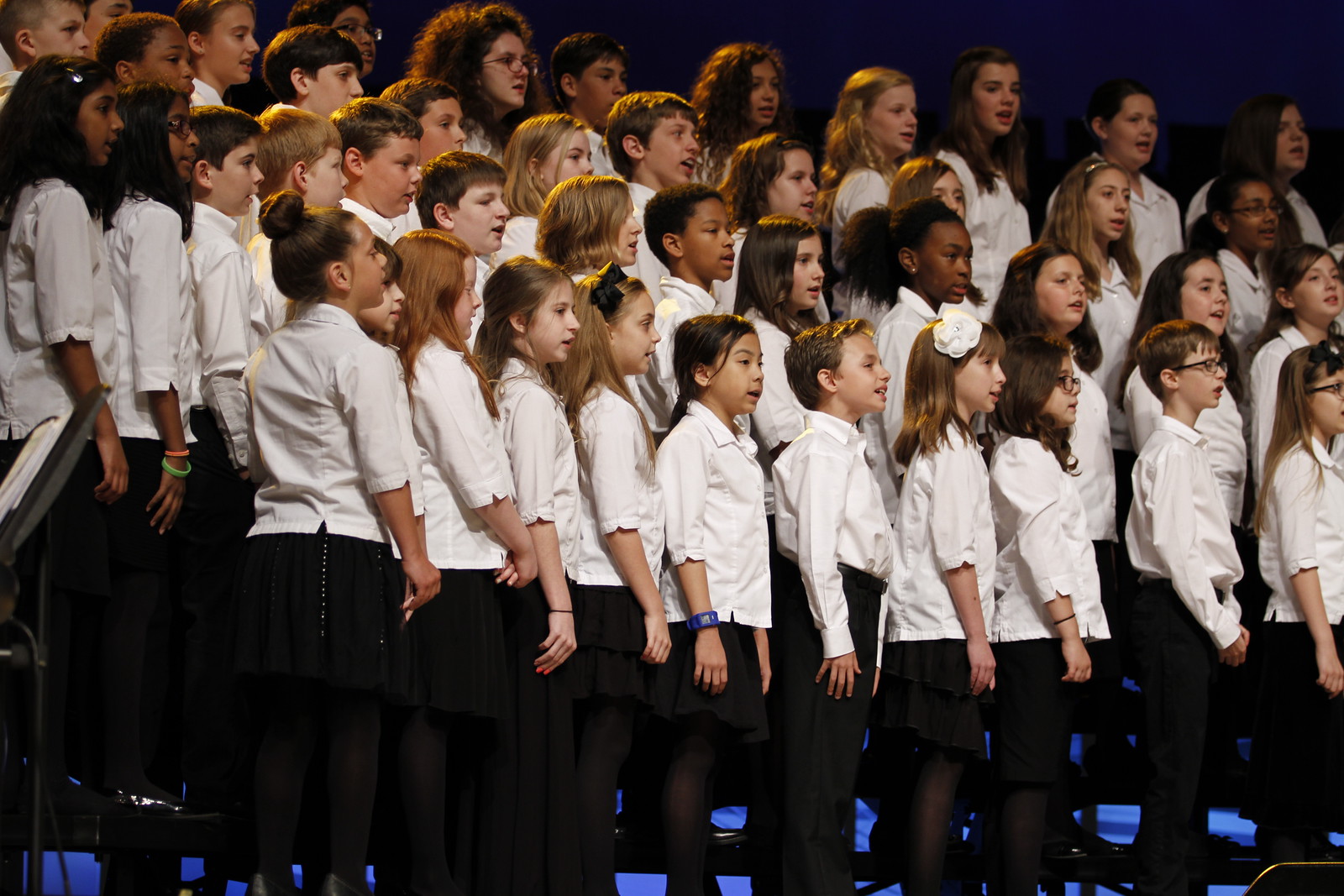 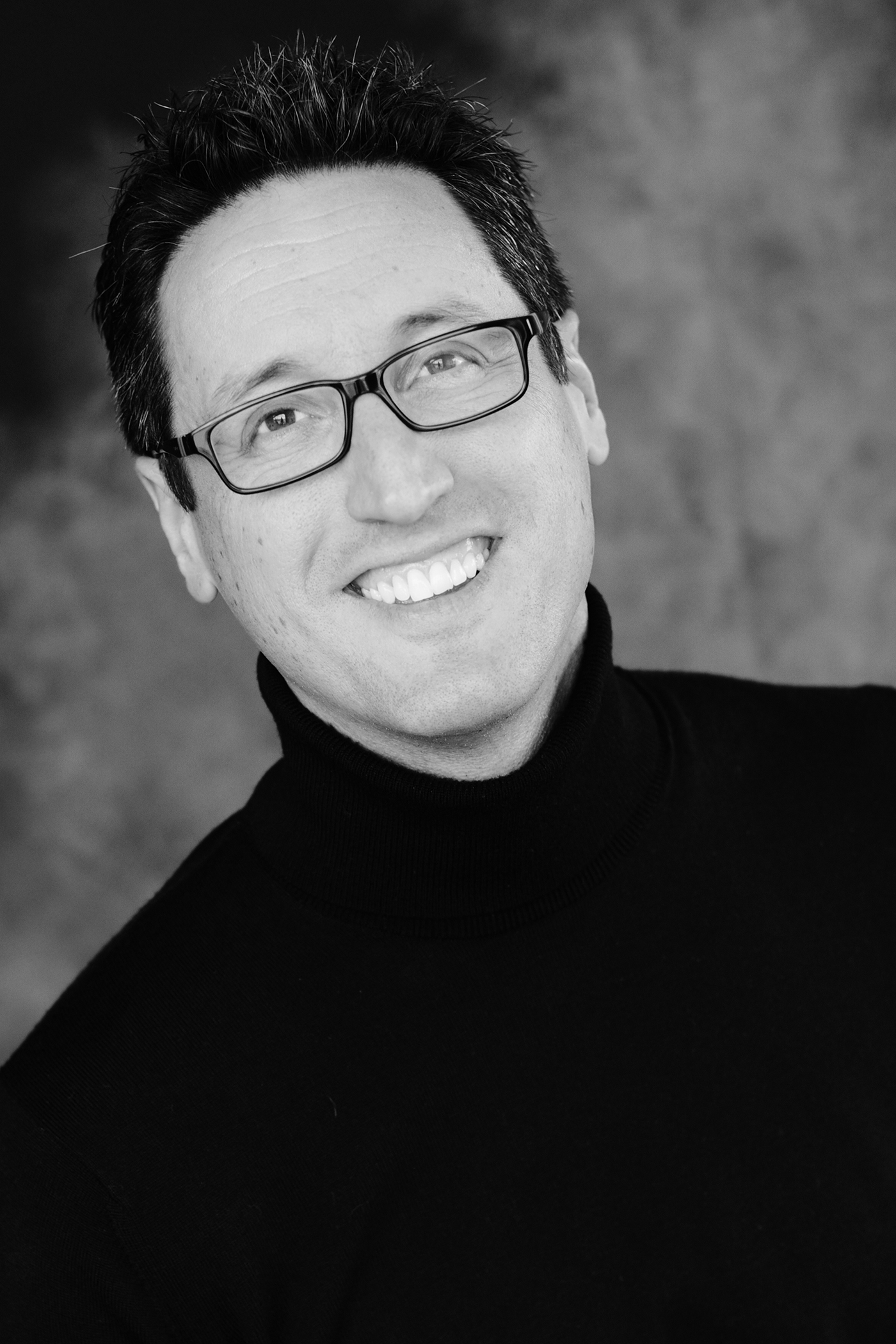 Joel T. Rutherford was born and raised in Kitchener, Ontario, Canada. He completed degrees in Vocal Performance, Opera, and Music Education before moving to Toronto to work in musical theatre. Following a short stint in Toronto, he was recruited to sing bass for the International Award-winning, and Dallas-based vocal quartet, ACOUSTIX. Joel relocated to Dallas in June, 1997 and, since joining ACOUSTIX, has performed for audiences in over 40 states, 5 provinces, and seven countries around the world. ACOUSTIX has released 4 CDs since Joel joined them in 1997. Joel is active in the Dallas area as a session singer and continues to perform throughout the country with ACOUSTIX on a regular basis. Joel joined the faculty of PCA in 2001 teaching vocal music for grades 3-12 and leading music in chapel services. He became the Director of Fine Arts in 2004, and continues to teach the high school choir class as well as direct the PCA Honor Choir and lead music for multiple chapel services weekly. In addition to teaching and administrative duties, Joel has served as musical director for numerous PCA musical productions, including Singin' in the Rain, Beauty and the Beast, Annie, Seussical, Crazy for You, The Drowsy Chaperone, Into the Woods, 42nd Street, Little Women: The Musical, etc. Joel and his beautiful wife, Heather, reside in The Colony with their two children; Joshua and Grace. 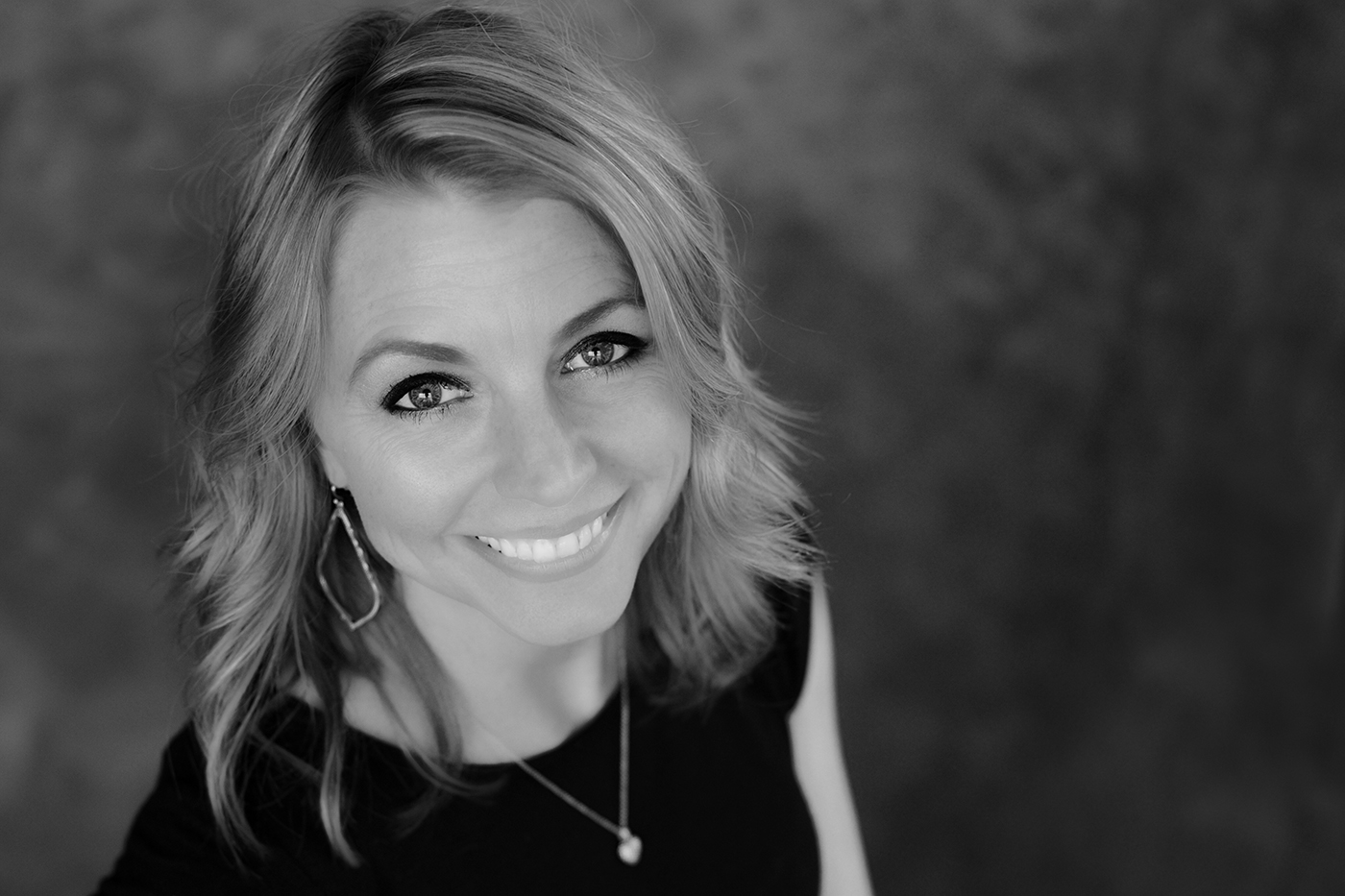 Lisa Gervig was born and raised in Texas and, upon high school graduation, moved to Nashville, Tennessee, where she received her Bachelor of Business Administration and Music Minor at Belmont University in 2002. Mrs. Gervig has had extensive performing experience, working at several professional and local theatre venues during college, in addition to singing with various cover bands since her return to Dallas in 2004. She has performed in many locations throughout the Dallas area, including Dallas’ own House of Blues. In 2006, she was featured as a top sixteen finalist in the first season of Gospel Music Channel’s “Gospel Dream.” She has also performed at the SXSW music festival a few times. Lisa has studied voice classically and commercially. She has been at PCA since 2007 and enjoys spending time with her husband and family, songwriting and watching movies. 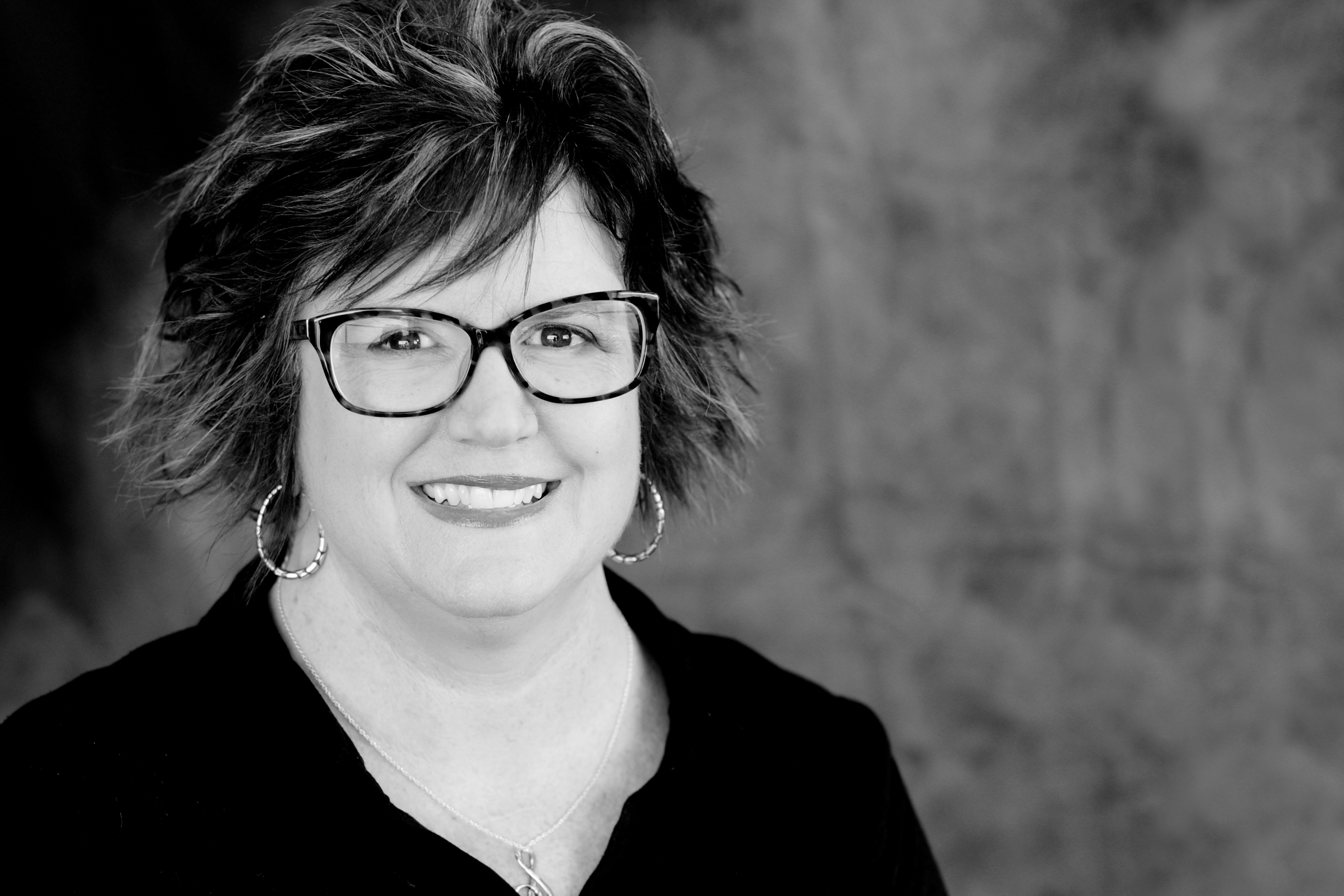 Jennifer Young was born and raised in a small town in East Texas. She attributes her love of music to her amazing piano teachers. Mrs. Young received her Bachelors and Masters of Music with an emphasis in Piano performance and Pedagogy from East Texas State University where she was a member of Kappa Delta and Tau Beta Sigma Sororities. While there on a full music and academic scholarship she received the award of Outstanding Musician two times and was inducted into the Alpha Chi honor society. She has taught private piano for over twenty-five years and accompanied professionally. Shortly after college, Jennifer felt called by the Lord to teach music in schools and has taught in private Christian schools ever since as well as directed children’s choirs and played piano in church. Jennifer met and married her husband, Roger- also a music major, in college. They have two boys, one a recent graduate of Texas A&M, WHOOP, and one a student there. Aside from spending time with her family and teaching music to kids, Jennifer enjoys reading novels and watching movies. 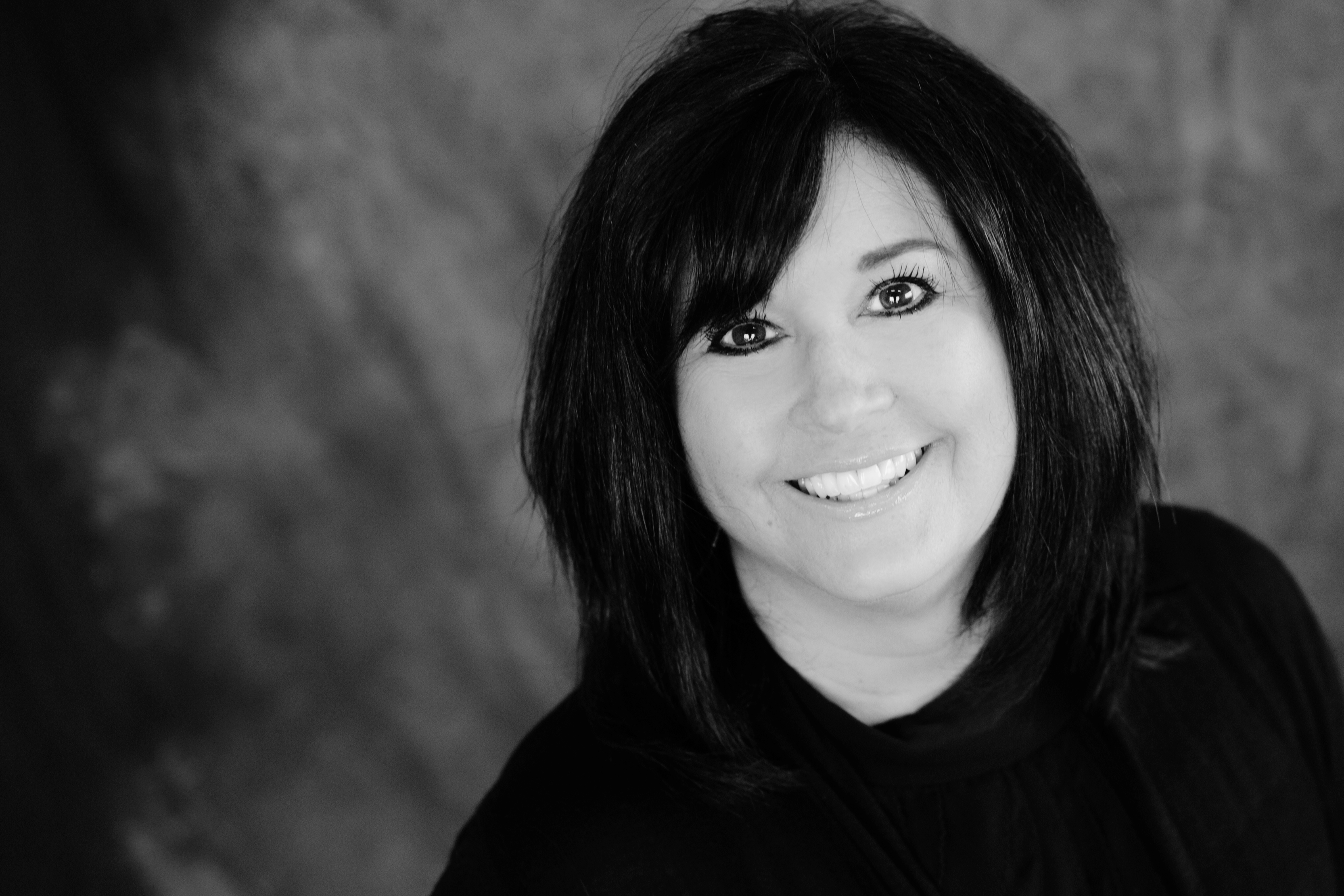 Kathy Allen attended East Texas Baptist University on a vocal scholarship and graduated with honors from Wayland Baptist University. For 30 years, Kathy has been a student of the child’s voice, coordinating large children’s choir programs for the local church, and teaching in large Christian schools in Colorado and Texas. She has directed, choreographed, and produced over 300 children’s musicals and programs. Kathy started Summer Music Conferences for Music Teachers for the Rocky Mountain Region held in Denver. She coordinated and organized yearly music festivals for the Rocky Mountain Region for ACSI, which includes the states of Arizona, Colorado, New Mexico, Nevada, Utah, Montana, and Wyoming. Her choirs have been invited to premiere musicals at Glorieta, New Mexico, and the National Children’s Pastor’s Conference and has enjoyed writing children’s music curriculum for Lifeway. Kathy’s late husband, Joel, was a Worship Pastor and they served churches in Texas, Colorado, and Kansas. The Allens have three musically trained children. Daughter, Holly, and her husband, Bradley, serve in the worship ministry at Brooklyn Tabernacle in Brooklyn, New York. Daughter, Janie, and her husband, Jacob, own and operate The Biscuit Bar in Plano and Dallas. Son, Jacob, and his wife, Amber, live in Nashville and work for the Dave Ramsey organization. Kathy has 12 grandchildren: two in heaven with Jesus, nine here. 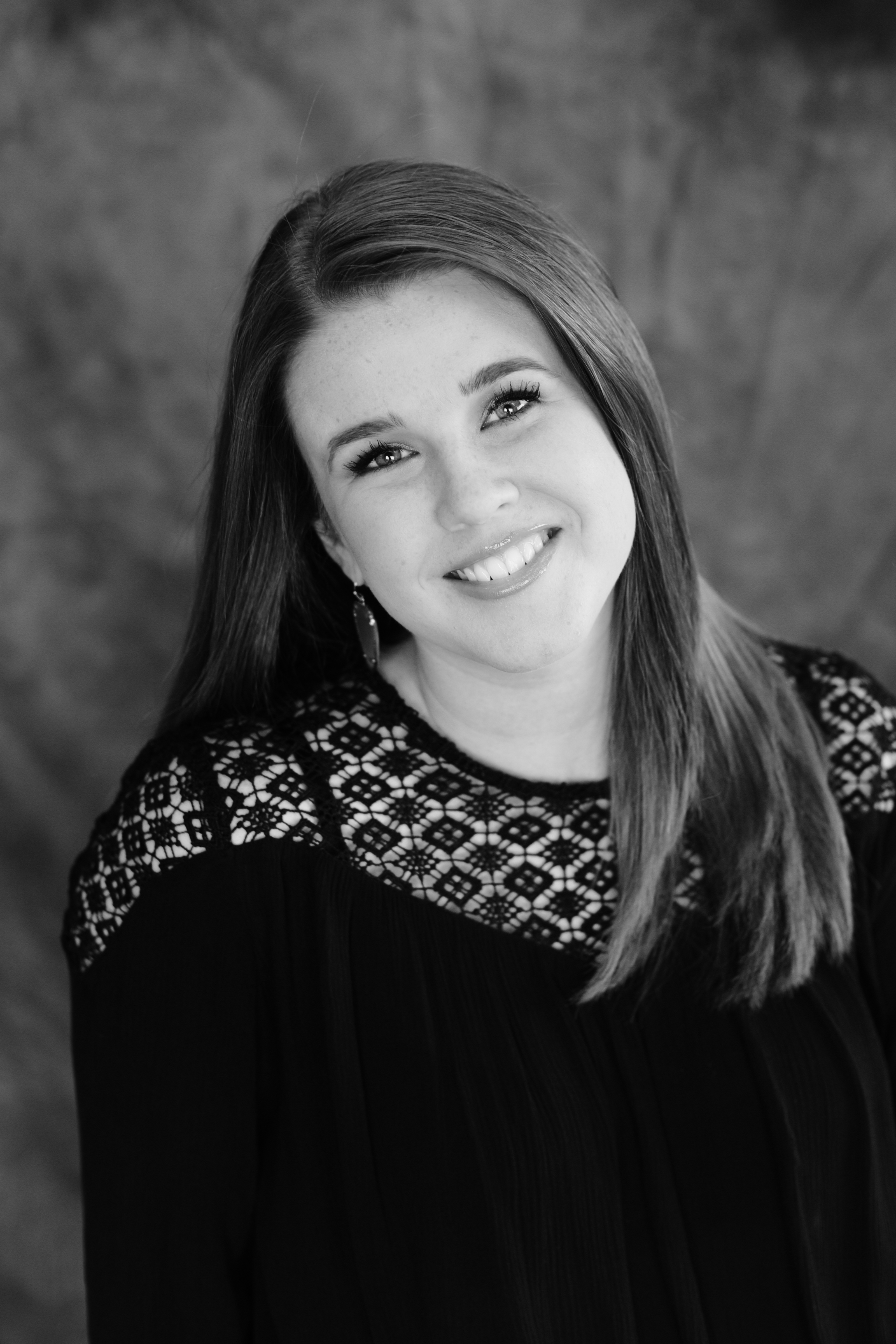 Meredith Johnson was born and raised in the DFW area. Meredith achieved the high honor of being a Texas All State Soprano in high school. She received her Bachelors of Music Education from Ouachita Baptist University where she was a member of Kappa Delta Pi. Meredith was involved in the opera program and choral program, where she was the student conductor for both concert choir and Ouachita Singers. Since graduating from Ouachita, Meredith has been teaching private vocal lessons. Meredith and her husband Blake have been members of Prestonwood Baptist Church since moving here after college. Blake is on the music ministry staff and works with the student choirs. They are excited for God’s call on their lives to work with students and be able to be in ministry together. 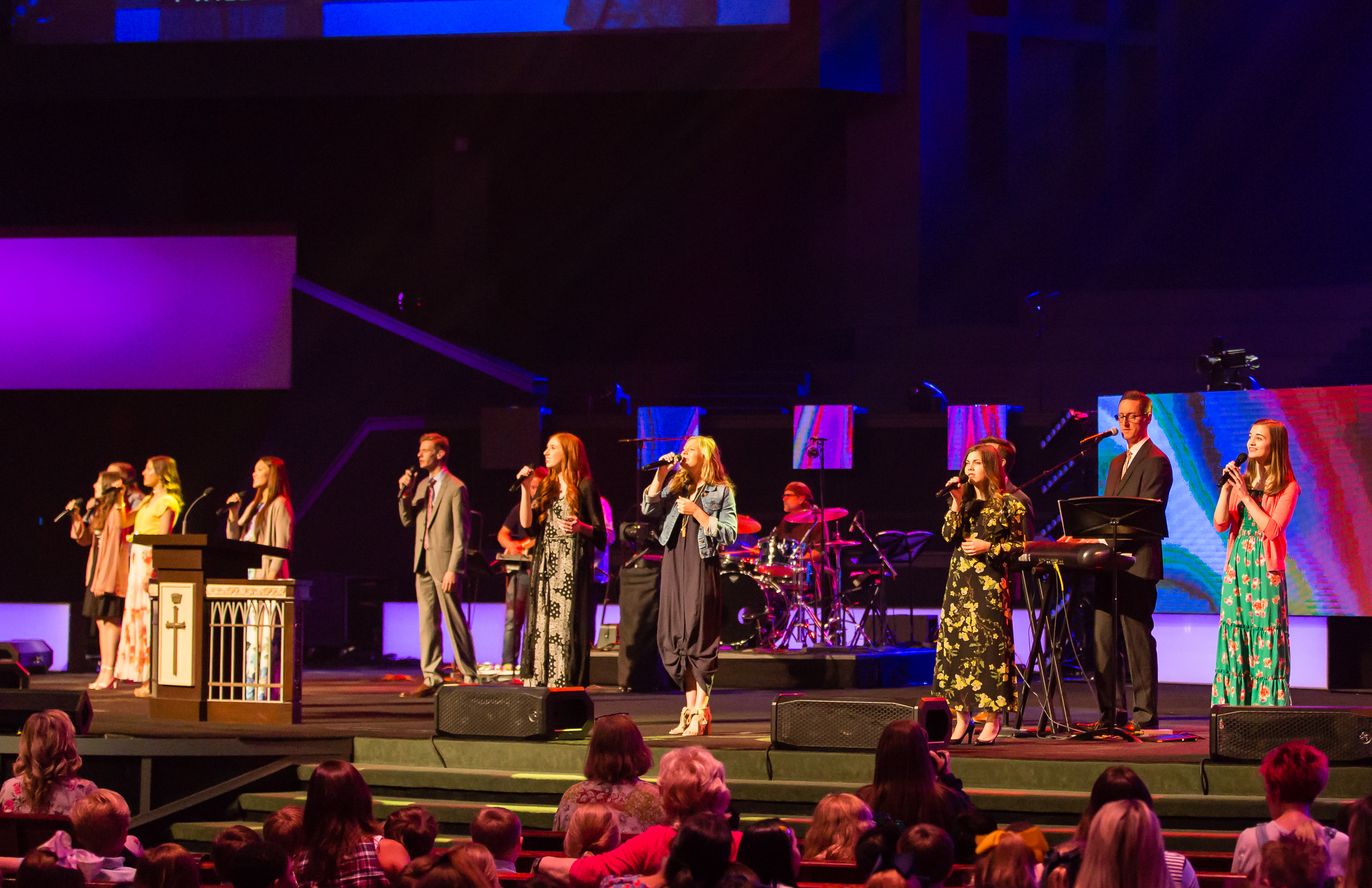 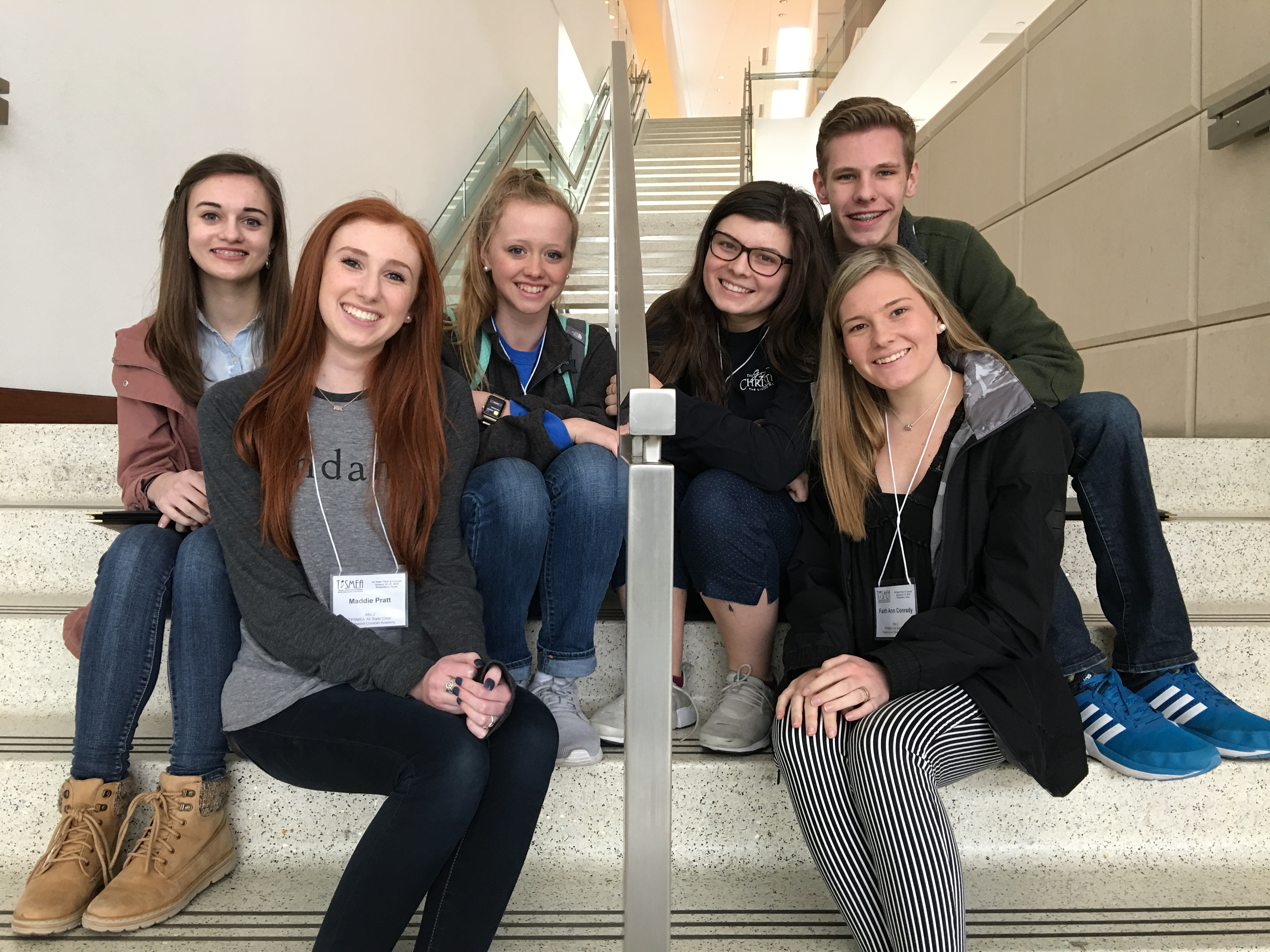 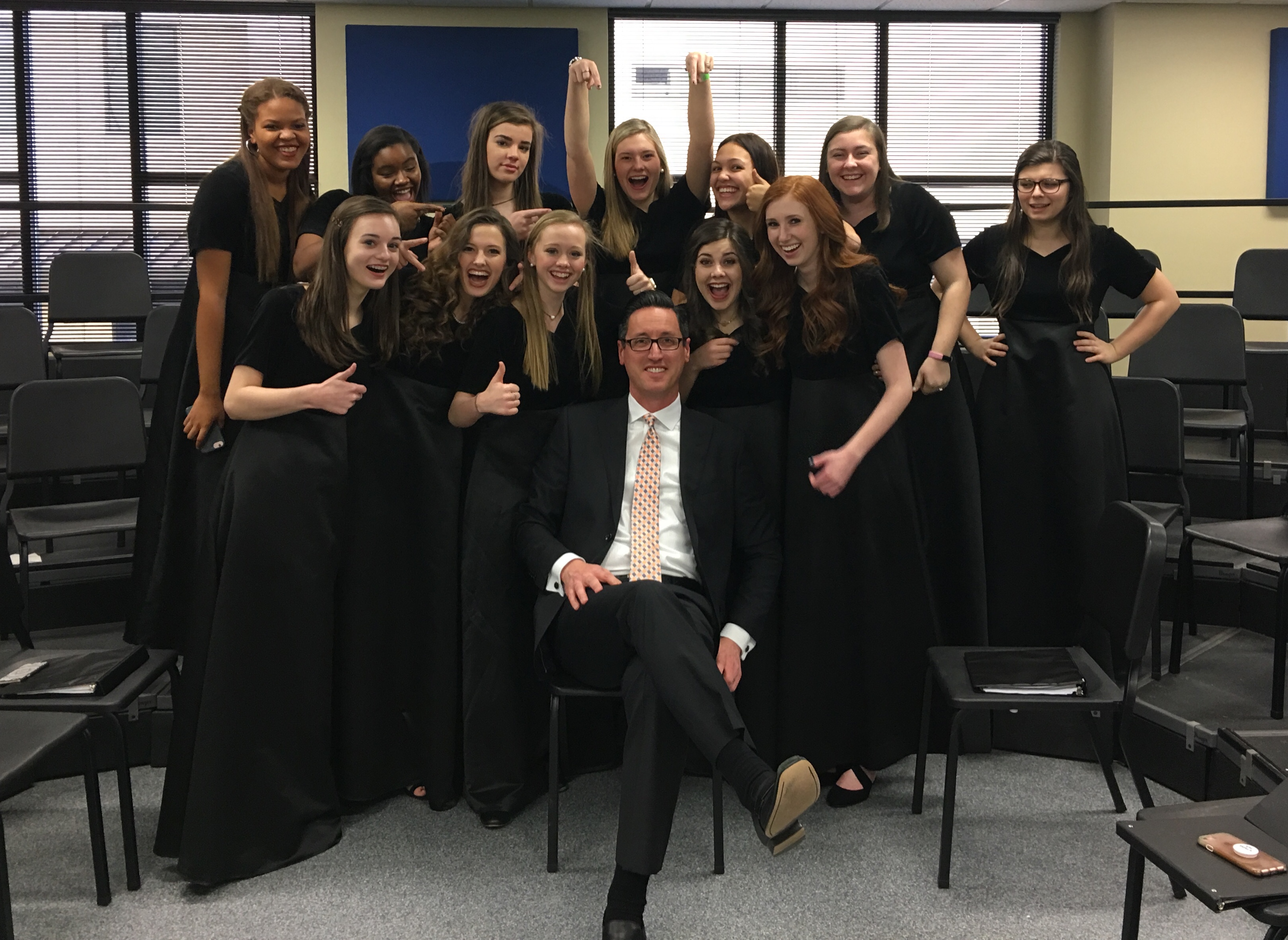 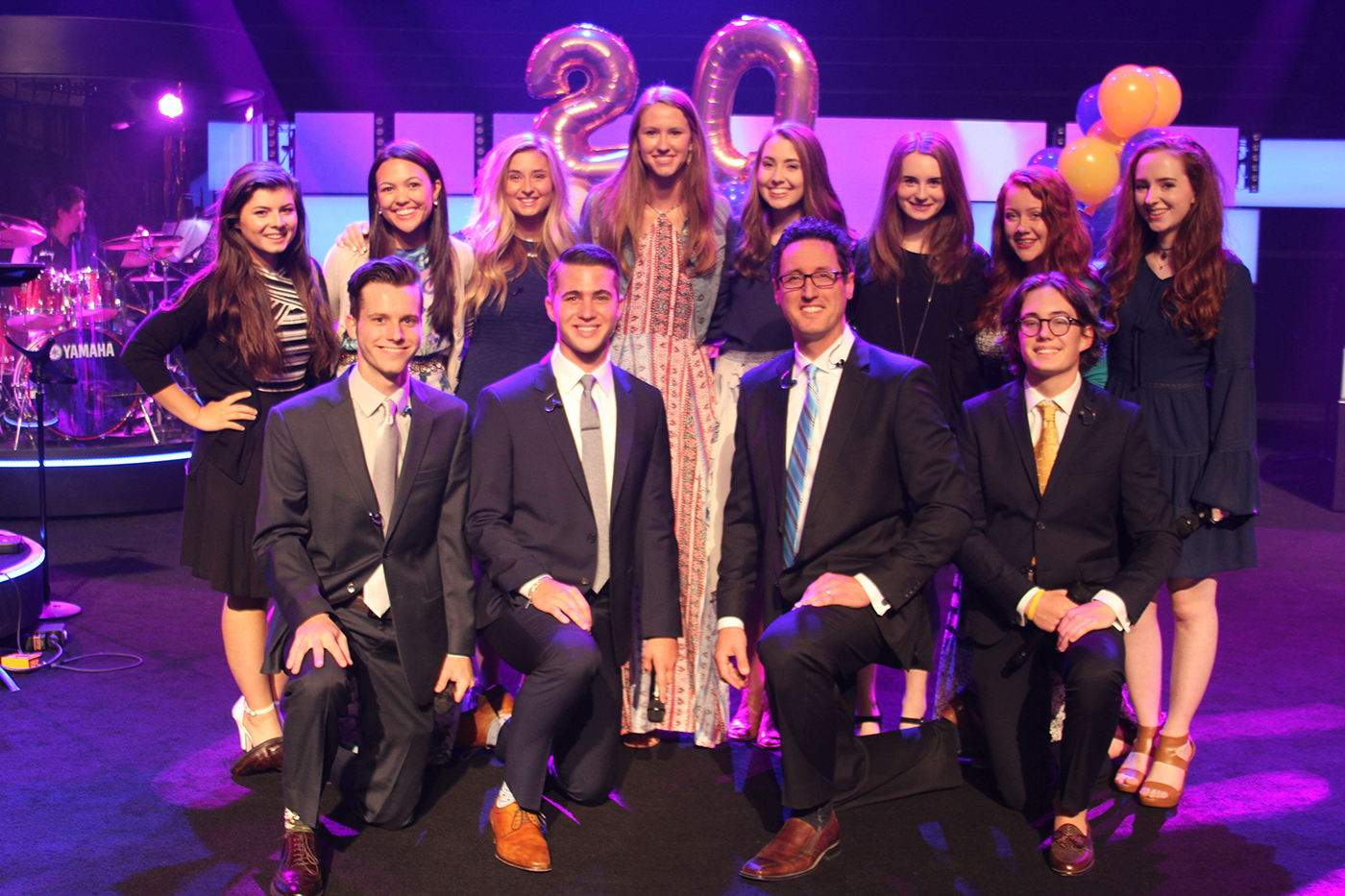 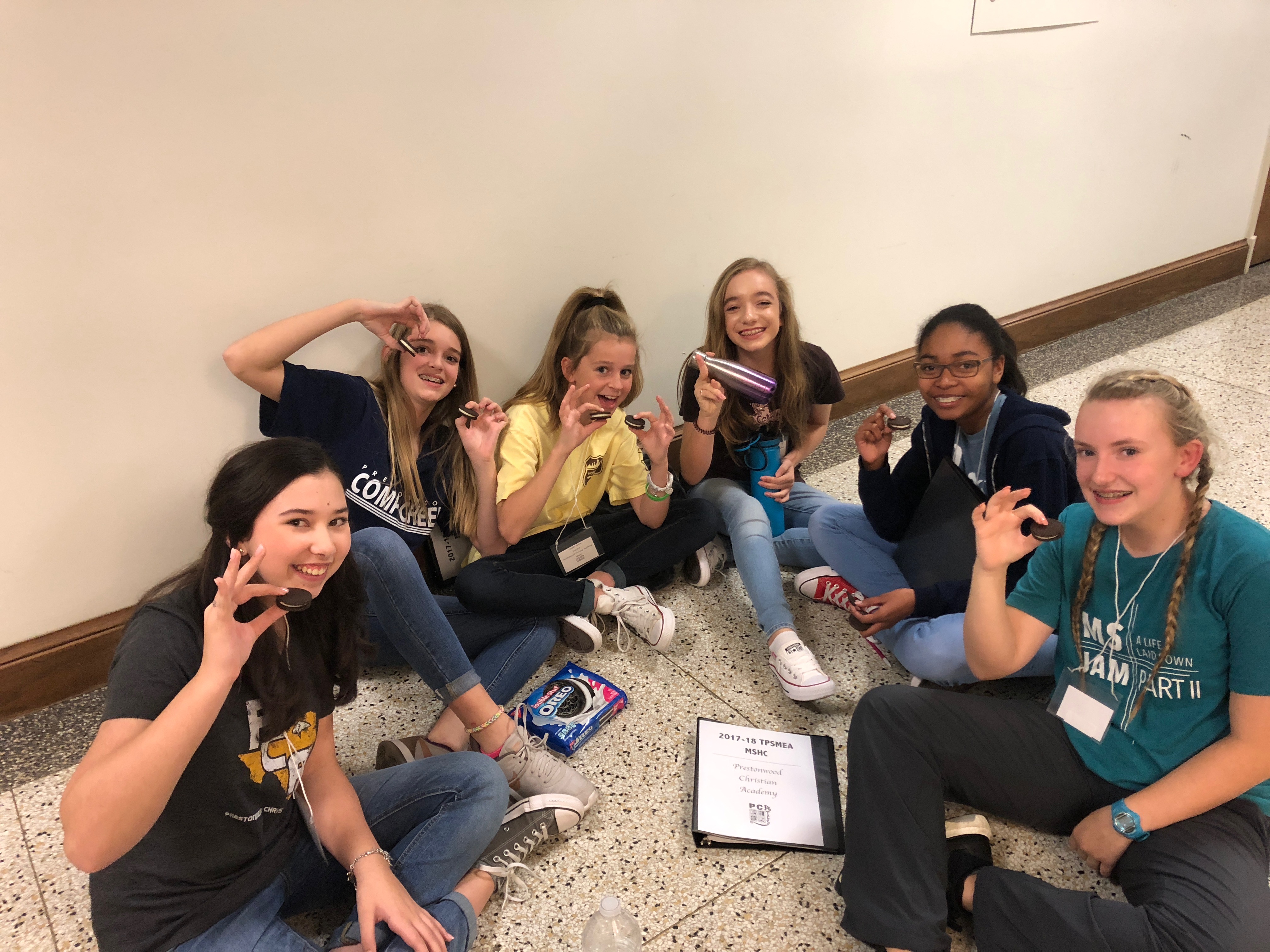 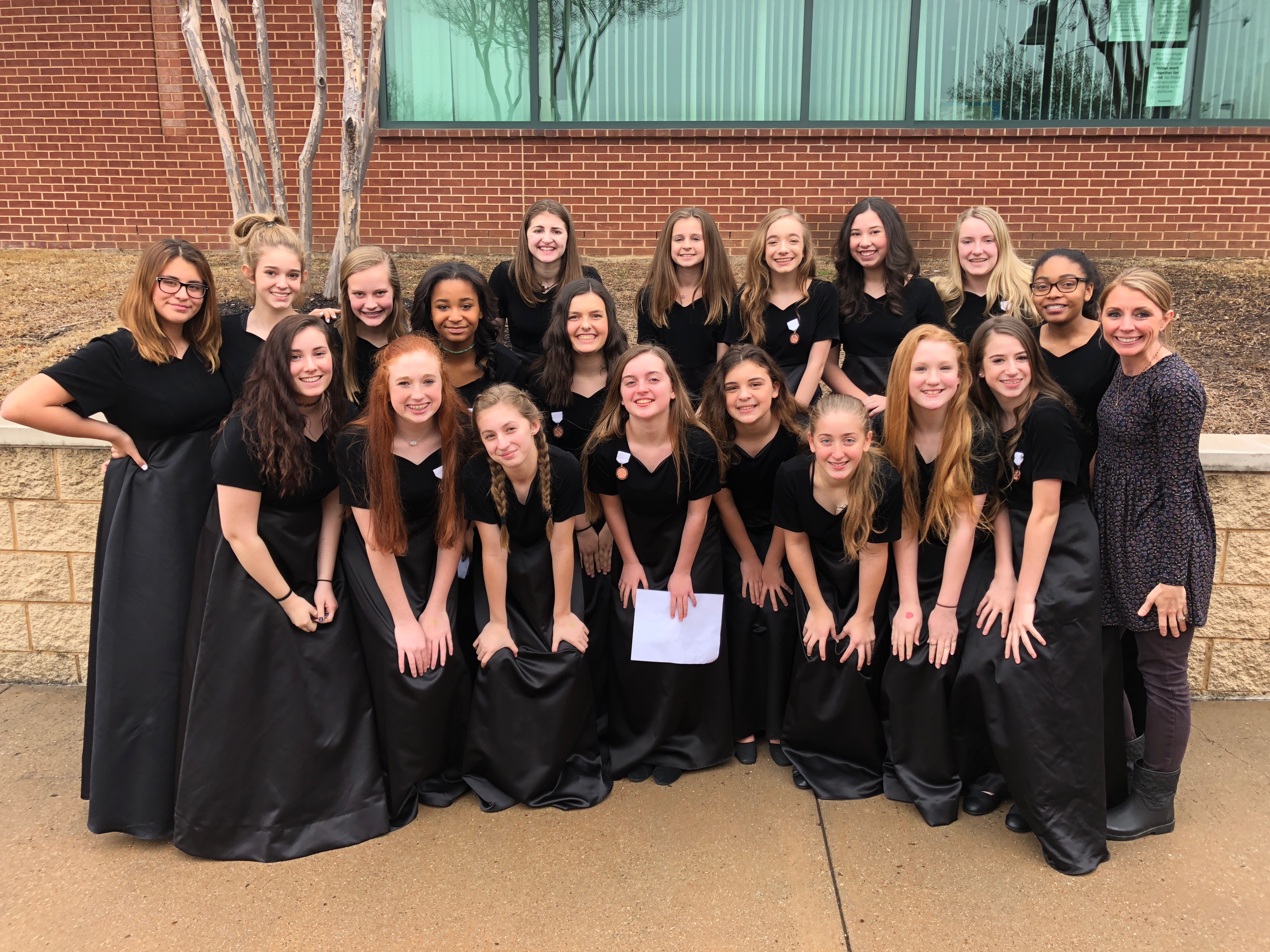 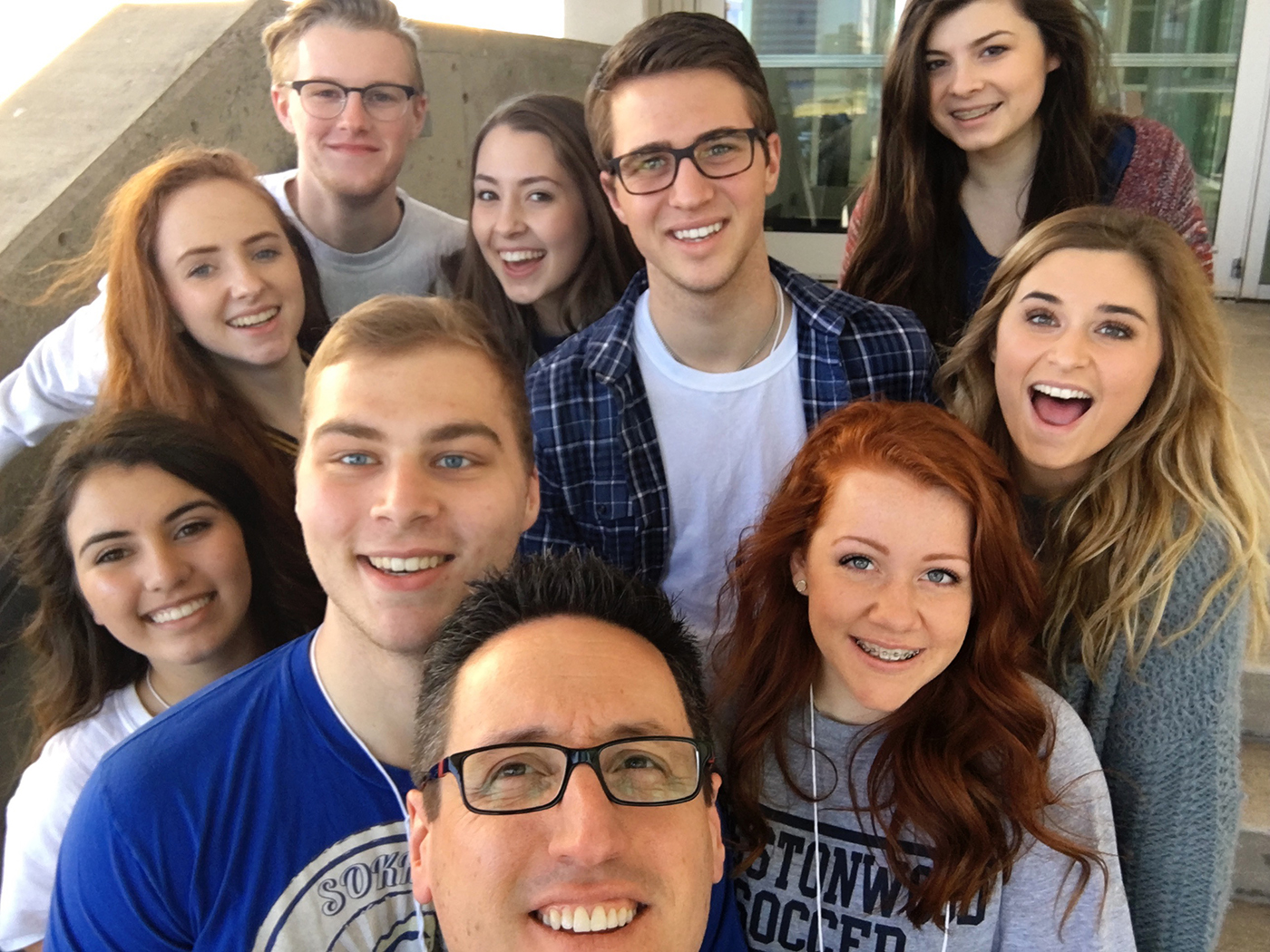 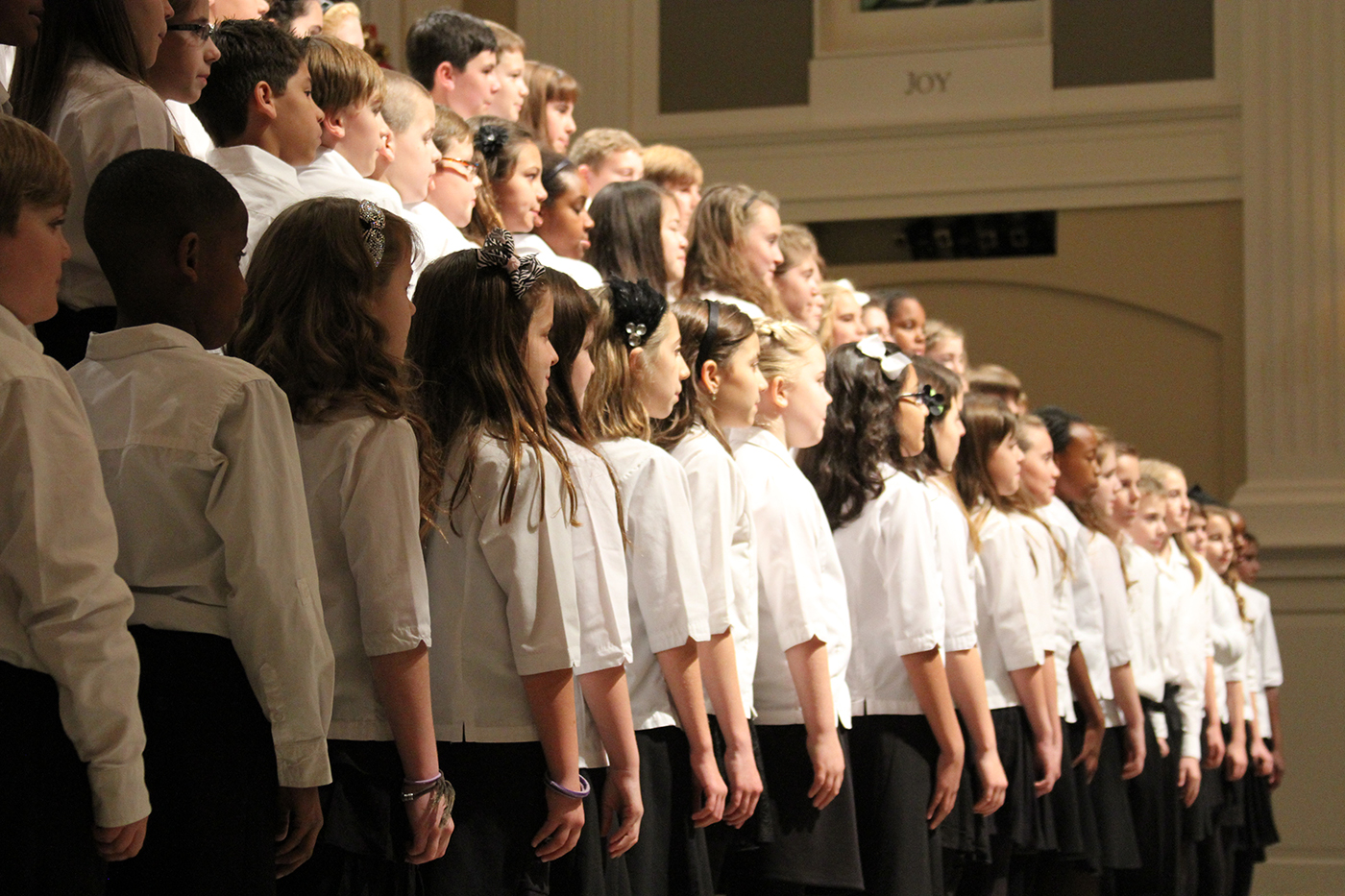 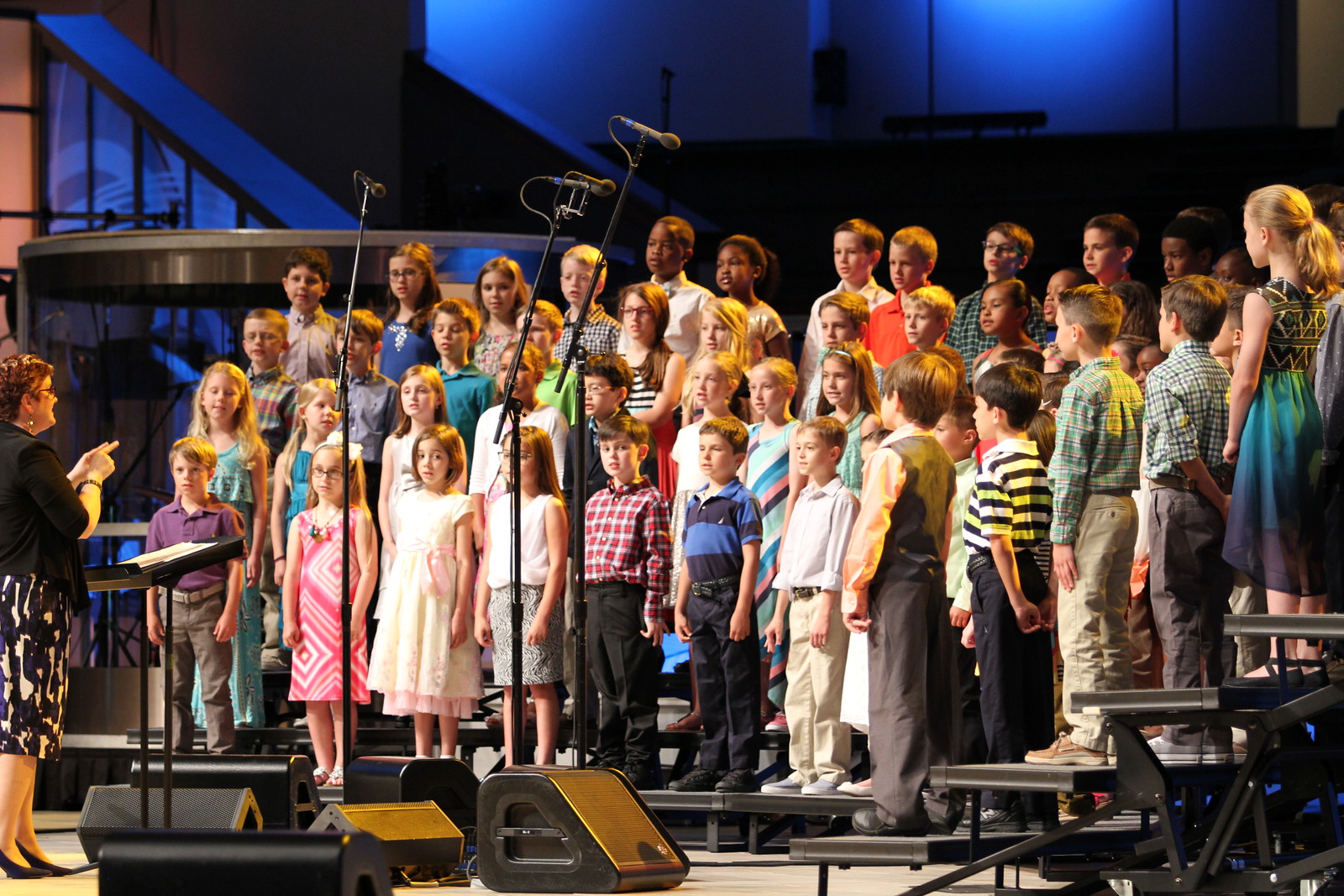 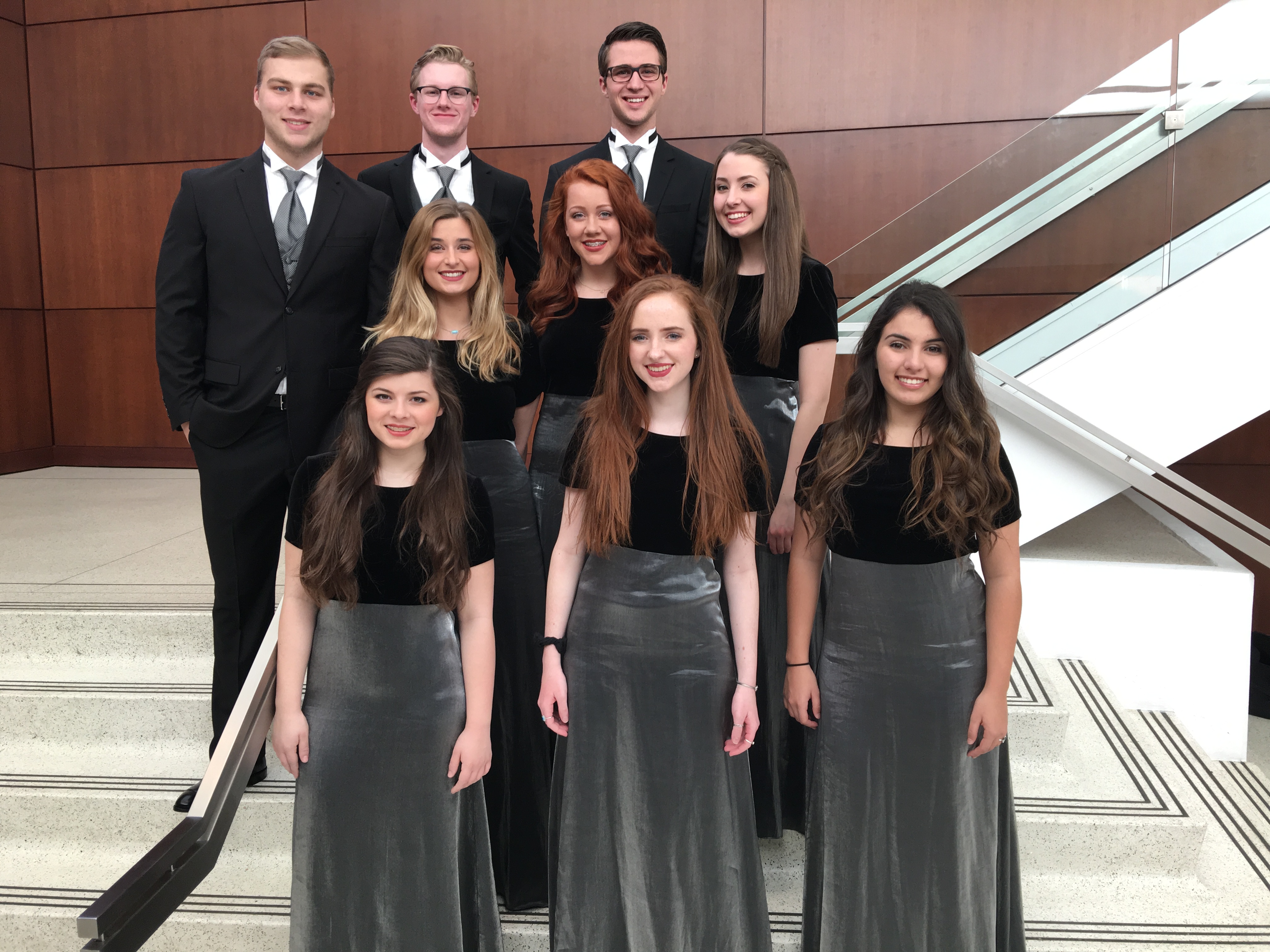 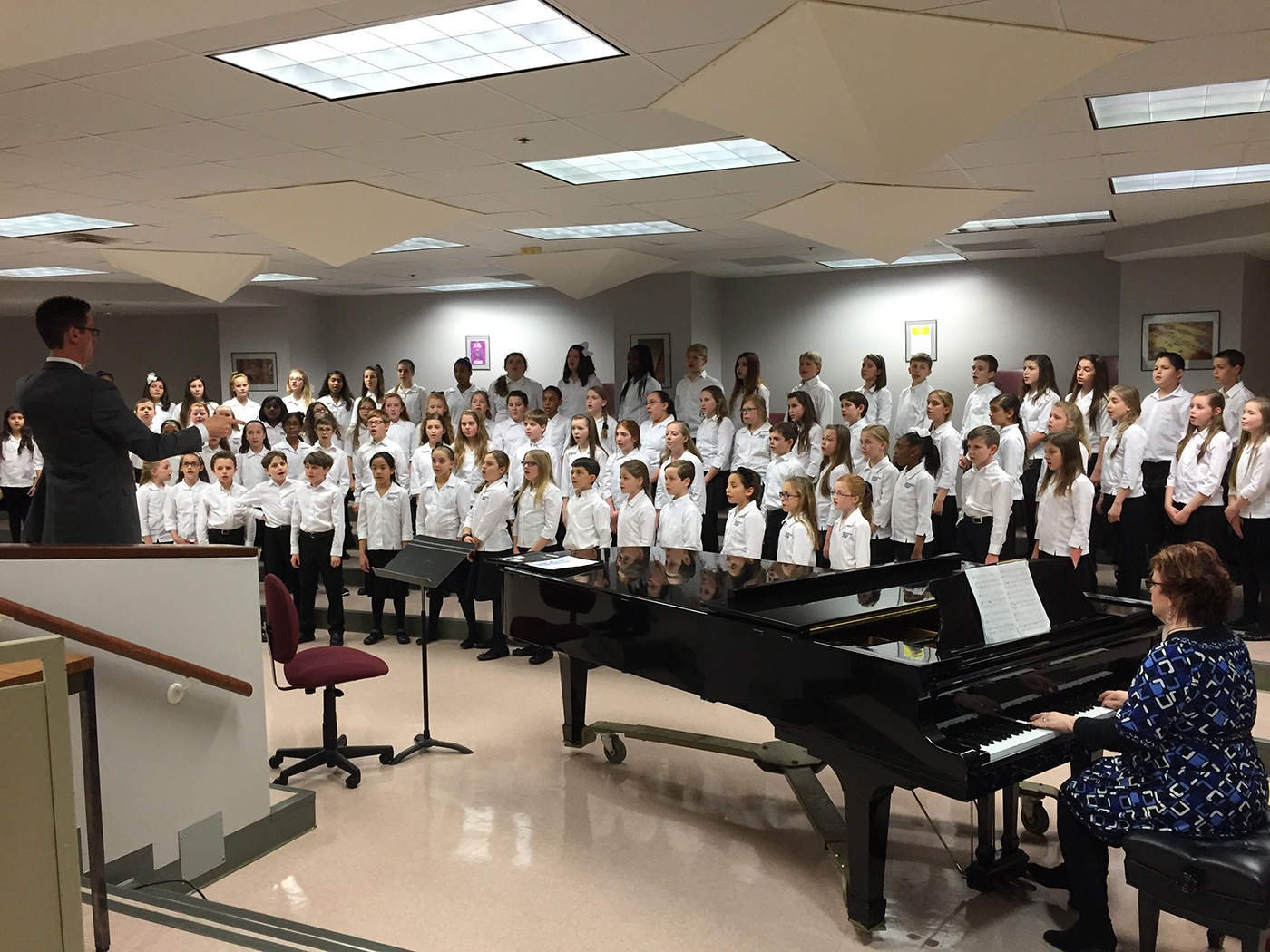 PCA Honor Choir warming up for a festival performance 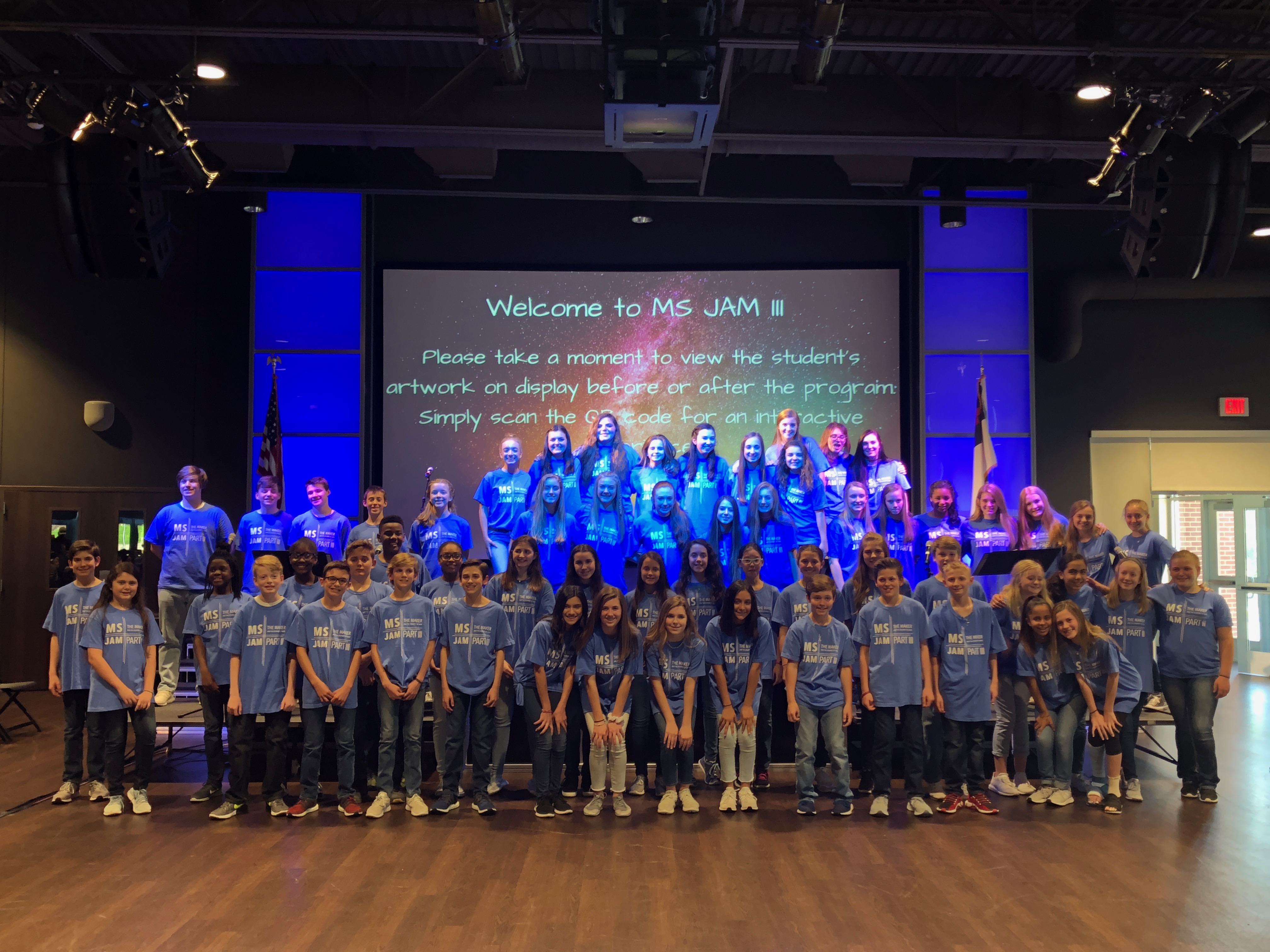