Life: What DOes it mean to Be Human? If you’ve been paying attention to the news recently, you’ve probably noticed that there is a lot of chatter about movements across the country on the issue of abortion – some states have redoubled their efforts to secure a woman’s right to choose while several other states have passed significant measures to protect the life of the unborn. The rhetoric from both sides has ramped up in recent weeks and many believe that one of these new state laws could be the tipping point for the SCOTUS to overturn nearly 50 years of Roe v. Wade!

In addition, the rhetoric surrounding the issue of abortion is changing. No longer are people talking about a “right to privacy” as was the foundation in Roe, but now the language has shifted to protect a woman’s fundamental “right to make autonomous decisions.” With autonomy as the new buzz word, the issue of life –those concerning the unborn to end of life decisions – is once again a hot topic for debate and consideration – which is why the issue of life will be our fall 2019 SLi topic.

While some students may already have a strong and firmly held belief on the issues of life, the fall SLi topic will present students with an opportunity to think strategically and critically about the latest developments on this issue and will challenge them to be equipped and prepared to defend their biblical worldview with grace and humility. We look forward to an excellent SLi this year and pray that you will come prepared to listen, learn and lean into this challenge!

In an April 2015 Diane Sawyer interview on 20/20, former Olympic gold medalist Bruce Jenner shocked the nation by coming out as a trans woman and took transgenderism from the tabloids to the front pages of Vanity Fair where “Caitlyn” Jenner was revealed. Since that announcement, transgenderism has skyrocketed into mainstream culture and has become a point of confusion and contention for legislatures, businesses, entertainers, athletes, parents, teachers, etc.

Much of the confusion and contention lies at the heart of transgenderism itself. The Trans Student Educational Resources (TSER) sought to provide clarity in the midst of the confusion by creating The Gender Unicorn. According to TSER, a person may be “assigned” a gender at birth (male or female), but as that person ages they should be allowed to select how they express themselves in terms of their gender identity and sexual orientation. The Gender Unicorn is a chart that helps people understand that a person can express their Gender Identity as either male or female (or other) which may then be expressed in traditional or non-traditional feminine or masculine mannerisms (or other ways). In addition, while a person may look one way on the outside and feel one way inside, they may be emotionally, physically or sexually attracted to either men or women or both (or other). To add to the confusion, the TSER website in its definitions list adds the following note:

Terms are always changing in the LGBTQ+ community. This list will be updated as often as possible to keep up with the rapid proliferation of queer and trans language.

What is not “always changing in the LGBTQ+ community” is the concept that “binary is bigotry.” The concept of male/female binary construct runs counter to the LGBTQ+ concept of reality. An assault to counter male/female binary concepts is being waged and the results have been substantial in a very short time. Already legislatures, businesses, and universities that restrict restrooms to male/female have felt the pressure to be more tolerant and inclusive. Schools are beginning to allow trans athletes to compete not based on their biology, but rather on their expressed preference. Social media sites allow for multiple choices as do some states for driver’s, marriage and birth licenses.

Many are confusing the women’s equality movement with transgenderism. For example, actress Emma Watson is the face and spokesperson for the HeForShe campaign. According to their website, “HeForShe is inviting people around the world to stand together to create a bold, visible force for gender equality. And it starts by taking action right now to create a gender equal world.” But a “gender equal” world that seeks advancement for women to the level of men is different from a world without gender. Notice the confusion in the statement from Emma Watson stating that she wants a world where gender is on a spectrum (sliding scale, not binary) but also wants one gender (women) to be given greater support and appreciation to move it closer in equality to the other gender (men).

The confusion created by gender equality morphing into gender identity is that women come out on the losing end every time. In his book, "When Harry Became Sally," author Ryan T. Anderson from The Heritage Foundation identifies five areas of primary concern with transgenderism in the culture today. Notice that in the first three of the five cases mentioned, it is women who are placed at risk and in the other two, both men and women share equally in the peril.

1. Privacy interests when men who identify as women can enter female-only spaces

3. Equality concerns when biological males can compete against females in sports and other arenas where sex differences are relevant

4. Liberty interests when people are forced to speak or act in ways contrary to their best judgment and deeply held beliefs

5. Ideology concerns about confusing messages that schoolchildren receive when they are taught that gender is fluid, falls along a spectrum, and is essentially detached from bodily sex

Students in SLi this year will hear from a variety of individuals who are in positions where transgender ideology is seeking to influence. Scheduled at this time are the following:

Students will be asked to select one of the five categories of concern and create a possible scenario and solution to the problem presented. Some of the concerns facing our culture today include the following issues:

The topic of “Depression” was selected for several compelling reasons.

Servant leadership is an integral part of SLi and we hope to equip students with the tools they need to serve those they know suffering from depression. We want our students to talk about it and open dialogue to what they as individuals and PCA as a community can do better to address this issue. We will have several weeks of testimony and information presented. Students will then be asked to digest this information, wrestle with the concepts offered and present their findings and conclusions on this topic.

Sept. 12 – June Hunt, CEO of Hope for the Heart, sharing a Biblical perspective on the topic

Our discussion will look at the effects of poverty on our community. We will examine poverty and how it impacts:

Why are so many millennials are leaving the church? Our discussion was based on David Kinnaman's book You Lost Me, which examines the results of a nationwide survey of 18-29 year-olds with a Christian background. We discovered why so many are disengaging from the faith community and discussed ways to help churches avoid these "disconnects."

Students were given the task of wrestling with an issue that’s been called “the defining challenge of our time.” From Wall Street to your street, the topic of Income Inequality usually brings a healthy and passionate discussion, and we want to prepare our students to engage in the important dialogue of their day. Students were allowed to select from several different scenarios from a maximum wage on CEO salaries to a comparison of US poverty vs. the world. Working with a two seniors, each group prepared a presentation where their “thinking” was challenged by SLi faculty. The goal for students was to deepen their critical thinking and analysis and for them to present their thoughts in a persuasive manner. While the conversation in their groups was dynamic and engaging, we want that same conversation to happen at home as well.

Students were presented with information about various trends and developments that will literally shape the world as we know it! Students were asked to examine these changes and project what life will be like in the year 2031. Various articles and information was made available to the students to help them think creatively and critically about the world around them, especially focused on four primary areas of cultural significance: the family, religion, race and technology. What will the world look like, what can students do today to prepare for tomorrow, how should the church respond to the changing environment?

As we look back and examine some of the great men and women who greatly influenced the course of history (for good and bad), the hope is that students will catch the vision of Statesmanship and that this vision will be ever at the forefront of their minds as they push forward with their own careers and goals and as they become the guardians of our American system of government.

Another goal from this venture into Statesmanship is that students will be inspired to emulate some of the characteristics and qualities of these great men and women. With such a lack of Statesmen today, we hope to give students an opportunity to experience these Statesmen of the past. As President Truman once said about the great Statesman General George C. Marshall, “The more I see and talk to him, the more certain I am he’s the great one of the age.” Exposure to these great Statesmen, even if only in theory or discussions, will hopefully encourage young people to think great thoughts and pursue lofty and meaningful goals with their lives. British Prime Minister Benjamin Disraeli once said, “To believe in the heroic makes heroes.” We need to help students believe in the heroic once again, to give them a vision for Statesmanship since their “heroes” pale in comparison to the great men and women from the past.

This broad topic allowed students to choose the issue that most interested them. The four subtopics were: The Poor, Legalization of Marijuana, Deterioration of Marriage, and the Family and the Spread of Radical Islam.

What is Student Leadership Institute (SLi)?

The mission of the Student Leadership Institute at Prestonwood Christian Academy is to assist young people in the development of their leadership philosophy and skills by exposing them to a biblically-based, multifaceted and year-long program.

What does SLi teach?

SLi trains students with the definition of biblical leadership in mind. SLi uses a model of teaching that is founded from God’s Word and focuses on individual and institutional commitments to becoming selfless. It is the Institute’s goal that students connect these principles to their campus, community and church. Students are challenged to become more like Christ as they strive for a higher level of leadership training. 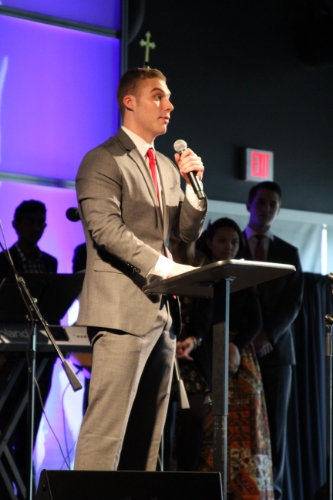 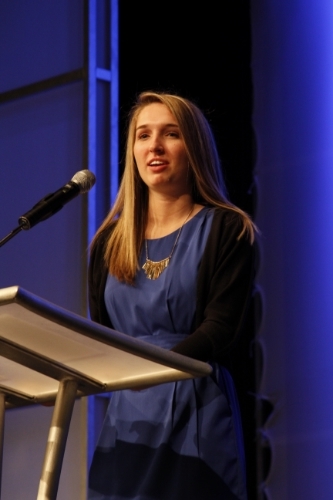 "My favorite thing about PCA is the biblical worldview and the intentional training of students to be servant leaders."